Dispatches From The Vanishing World was started in 2001 to raise consciousness about the world’s fast-disappearing biological and cultural diversity. It provides first-hand, in-depth reporting from the last relatively pristine places on earth, identifies who and what is destroying them, and who is engaged in the heroic  and often life-threatening struggle to save them. It also has photography, art, memoir, travelogue, and fiction– all of which provide information about and insights into the world we live in and are doing in and DVW is trying to save.

Readers from ninety–some countries now dip into DVW every month. This is a reader’s Web site. The Dispatches are long and thorough, because often these places where species and/or cultures are down to the wire are remote and hard to get to and dangerous to move around in, and this may be the only detailed treatment they get. There is also a blog, with bulletins and shorter musings about developments both positive and negative.

50 acres of tropical rain forest are said to be disappearing every minute. Millions of species of animals and plants around the world are going extinct at an ever-accelerating rate, many of them before they can even be identified or their existence is even known.
2000 of the world’s 6000 languages have less than 12 speakers and will be lost within this generation. The world’s biological and cultural diversity is under assault as never before in recorded history.
What is the cause of the greatest extinction event in the last ten thousand years ? Not a meteor strike or a volcanic eruption, the advance or retraction of an ice sheet, but our very success as a species. Rapidly multiplying local people need land and its resources—wood for fuel, water, wild animals to eat, gold and diamonds and other minerals for income.
The modern consumer society, particularly the U.S., with its huge appetite for resources, its fast-changing technology and seductive lifestyle– what Clause Levi-Strauss calls “progress with a little p and in the plural,” the journalist Simon Elegant “the cancer of modern life,” and the Persian intellectual Ahmad Fardid “Westoxication”—is wreaking no less havoc on ecosystems and traditional societies around the world. 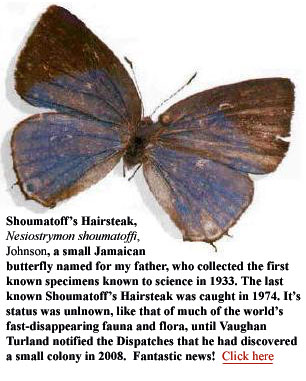 The overall picture continues to get grimmer and grimmer. Resources across the board— trees, water, fish, oil, minerals—are projected to run out or be critically depleted by mid-century. Major life-support systems are strained to their carrying capacity and being subverted by global warming.

The last free-ranging large mammals and the last traditional subsistence societies, which still have the connection with the animals that we have lost and are living the way humans have lived for all but the last ten thousand years, are in their endgame. Many will be gone in the next ten or twenty years.

A 2014 meta-study by the World Wildlife Fund found that half of the animals that were alive in 1970 have disappeared. Their populations have been reduced by 52%. Another study finds that 30% of the species that are still here face the threat of extinction.

The modern consumer society, based on producing stuff and getting people to buy it, is starting to get real and more responsible, running up against the fact that there are only so many raw materials on the planet. At the same time, thousands of initiatives have been undertaken to mitigate our collective impacts, by people who “get it” and are deeply concerned about the future of the world.

New ways of framing and measuring our impacts have been devised, like the carbon, ecological, and cultural footprints and the Environmental Performance Index, which ranks 141 countries according to how well they are taking care of their resources and natural heritage and how they are dealing with their waste and carbon.

These success stories and positive developments are also being covered by the Dispatches. At the same time, while some of the Doomsday scenarios are not coming to pass, there is growing evidence that the increasing frequency and intensity of extreme weather events since 1970 is human-induced, i.e. global warming, the main component of which is us, our fossil fuel emissions, although 104 cyclical astronomic and metereological phenomena are also in play.

The curves of the rises in temperature and atmospheric CO2 since the industrial revolution, from 1700 on, correlate closely. And now we’re inducing earthquakes with fracking and by the melting and retraction of polar ice sheets, as well.
As the state of the world deteriorates, knowledge about what is causing the deterioration and the political will to do something about it are growing. As the last free-ranging animals are being wiped out all over the world, we just getting to the point of realizing that we are not the only rational animals, that everything we are and have and do, from morality to music to gratuitous cruelty, comes from the animals, because we are animals ourselves.

Everything is on an evolutionary continuum. Human exceptionalism is being tossed into the waste basket, ending centuries of Cartesian self-delusion. Just as we are finally appreciating what is going on with our fellow beings, we seem hellbent on exterminating them. But the animals and what is left of the natural world also have powerful advocates and voices, of which DVW is one. 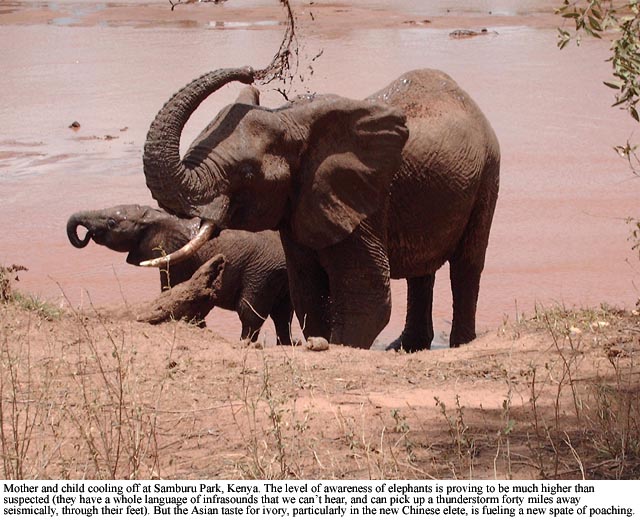 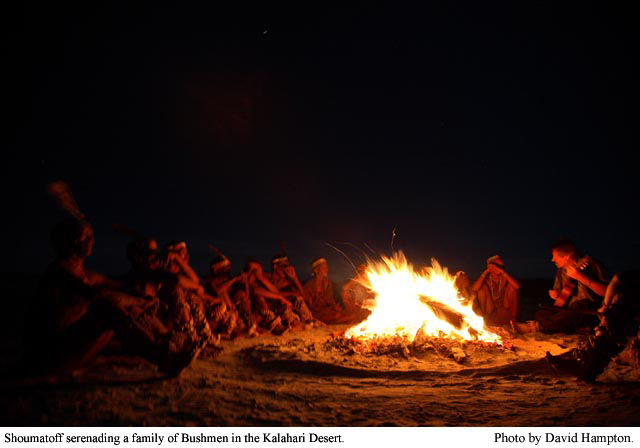 So it’s sort of a race for our own survival, and that of countless other forms of life, many of which have been around much longer than us. Can we turn this thing around, or is it already too late? We desperately need to come up with a more compassionate and inclusive system of governance and a way of doing business on and with the planet, to make what Jeremy Rifkin calls The Big Shift to a more empathetic civilization. At the close of 2016, there are encouraging signs that this transformation is starting to happen in America, the rest of the West, and the developing world, but also discouraging signs of a movement to the right in many countries, that is oblivious to the environmental impacts of resource extraction, modern consumerism, and free-market carbon-fueled capitalism. Whatever DVW can do to help our embattled planet and its sentient beings, including the billions of people who don’t know where their next meal is coming from, that’s what we’re here for.

Copyright © 2001-2022 Dispatches From The Vanishing World. All Rights Reserved.Another website by DMA